TABBY Diamond DIED From the Mighty Diamonds in loving Memorirs 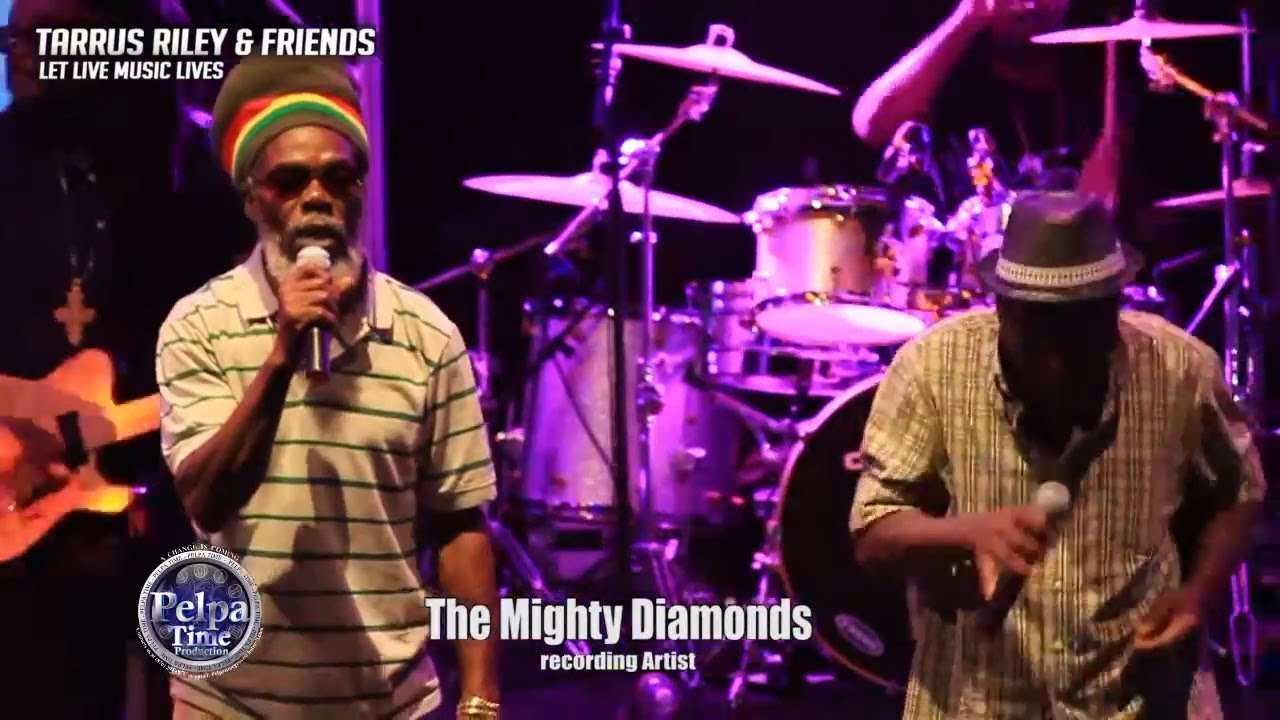 Pelpa Time Production We Produce Video's, Music, Direct and Edit, Call [876-294-0075] Subscribe Like, Share and leave a Comment, even if you don't have a question. I'd really love to know what your thoughts, subscribe to my YouTube and FaceBook Channel. Support my youtube channel https://www.paypal.com/myaccount/home #1 Pelpa Time Production, NEW CHANNEL - https://www..com/channel/UCZj8VCQ130w4r5V8t3wcfmQ/featured?spfreload=5 #2 Instergram - https://www.instagram.com/pelpatime/ #3 FaceBook - https://www.facebook.com/Pelpa-Time-793337900703481/?ref=bookmarks #4 linkedin - https://www.linkedin.com/in/pelpa-time-6461ab53/ #5 Twitter - https://twitter.com/PelpaTime ----------------------------------------------------------------------------------- I'm an ethnomusicologist. Not everyone knows this word, so if you're introduced to me at a party, or if you strike up a conversation with me on an airplane, I'll probably tell you that I'm a "music professor" or a "music historian." -------------------------------------------------------------- Videography refers to the process of capturing moving images on electronic media(e.g., videotape, direct to disk recording, or solid state storage) and even streaming media. The term includes methods of video production and post-production. It could be considered the video equivalent of cinematography (moving images recorded on film stock). The advent of digital video recording in the late 20th century blurred the distinction between videography and cinematography, as in both methods the intermittent mechanism became the same. Nowadays, any video work outside commercial motion picture production could be called videography. -------------------------------------------------------------- Music is essential to many of our lives. We listen to it when waking up, while in transit, at work, and with our friends. For many, music is like a constant companion. It can bring us joy and motivate us, accompany us through difficult times, and alleviate our worries. Music is much more than mere entertainment. It has been a feature of every known human society—anthropologists and sociologists have yet to find a single culture throughout the course of human history that has not had music. In fact, many evolutionary psychologists today make the argument that music predated language. Primitive tribes and religious practices have used music to reach enlightened states for thousands of years, and Pythagoras used music to heal different psychological and physical ailments. Currently, cutting-edge scientific research has shown the effect that music has on the brain, the individual, and society. Not only does music reach us on intellectual, social, and emotional levels, but many describe it as spiritual or mystical. The use of melodic, harmonic, and rhythmic devices in music can induce a psychological state in both the musicians and the listener that is beyond words to describe. Even though we are constantly exposed music in our daily lives, we rarely stop to actually think about what it is. After all, what exactly is music? Fundamentally, music is a combination of sounds, and sound is vibration. One of the most succinct definitions of music comes from the Italian composer Ferruccio Busoni, who said that, “Music is sonorous air.” It's extraordinary to think that a simple vibration unseen by the human eye can facilitate a deeply rich emotional experience, alter perception and consciousness, and induce ecstatic states of being. What is the process by which these sonic vibratory frequencies are heard by the listener, creating a profound psychological experience for them? How does something as fleeting as "sonorous air" have such a healing and therapeutic effect on people? And how does it facilitate personal growth? In this series, titled "The Power of Music," we will explore these questions in detail by reporting on the latest cutting edge research on music, interviewing musicians, scientists, therapists, and spiritual leaders about their work with music, and digging up ancient texts and musical practices. -------------------------------------------------------------- Jamaica , America , New York , London England , Africa , North America , South America , Antarctica , Europe , Australia , Trinidad & Tobago , Canada , Indonesia , Philippines , Brazil , United Kingdom , United States , Guyana , France , Mexico , Italy , Germany , Cayman Islands , Kenya , South Africa , Barbados , Ghana , St. Vincent & Grenadines , Malaysia , Bahamas , Grenada , Nigeria , Antigua & Barbuda , worldwide -------------------------------------------------------------- Entertainment & NEWS HOW TO Wet and Wild Pool Party Girl gone Wild YouTube autocomplete ... Keywordtool.io. ... SEOChat ... Gather keywords from your competitor ... Keyword Tool Dominator https://dancehallflex.weebly.com/ https://www.dancehallflex.com/?p=9627